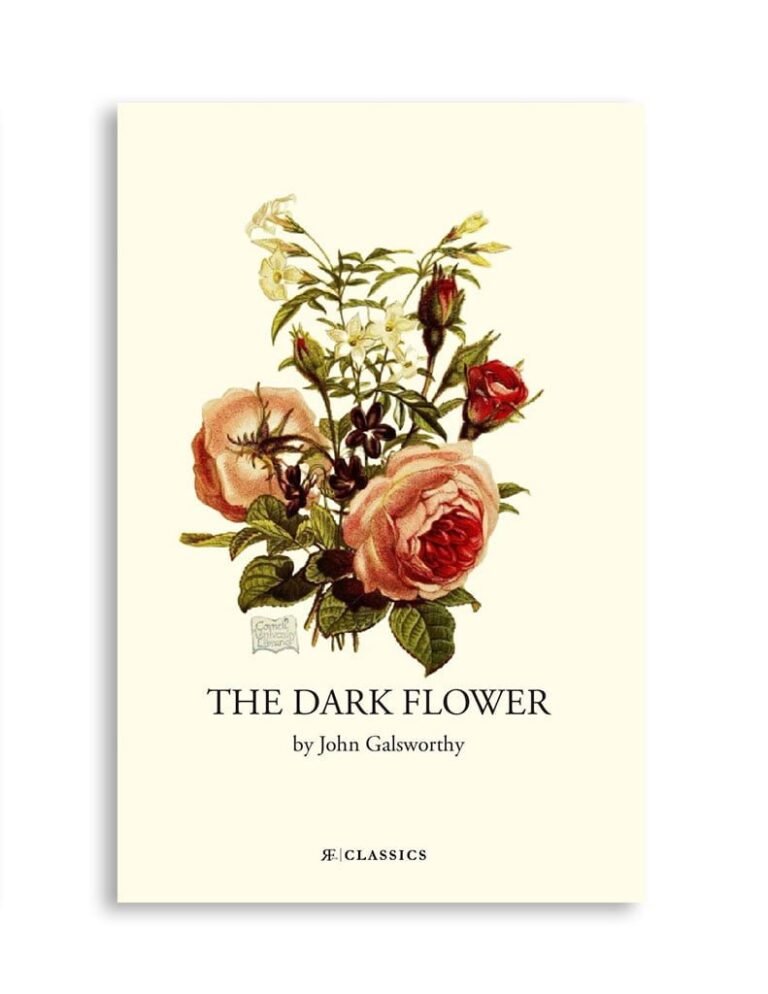 The Dark Flower by John Galsworthy (1913), is the story of one mans love-affairs. We first see the hero, Mark Lennan, when he is a student at Oxford. During the Easter holidays, he goes to the Tyrol with his tutor, Harold Stormer. There he falls in love with Stormers Austrian wife, Anna. When Mark is called home suddenly to attend the wedding of his sister in Derbyshire, he makes Anna promise that she and her husband will come to visit him before the Oxford term begins. When he goes, Anna gives him a clove pink, the dark flower of passion which gives the book its title. The Stormers come down to Derbyshire. Anna notices something of which Mark himself is as yet unawarethat he loves Sylvia, the pretty cousin who had been his sisters bridesmaid. Unable to remain and see the romance blossom, Anna hurries her husband back to Oxford. Marks guardian has guessed Annas secret, and arranges for Mark to go to Italy instead of to Oxford to study. Thus Marks first flame passes out of his life. When the reader meets him eight years later Mark is in Rome. He is already a sculptor to be reckoned with. He is in love with Olive Cramier, a beautiful poetic creature yoked to an adoring but materialistic husband. When she returns to England, Mark follows. Cramier feels that his wife sees too much of the young sculptor and sends her to the country, to a pretty cottage on the river. There Olive struggles in vain against her passion. Finally she telegraphs Mark to come down, feigns a headache to deceive her kindly old aunt and uncle, meets Mark at the bank, and goes away with him in a canoe. When they return, hours after, they have formulated plans for an elopement. As they are getting out of the canoe, Olives husband, who had come down from London to watch his wife, comes from behind a bush. He pushes the woman into the deep water, and though Mark struggles to save her, she is drowned. The truth about Olives death is never known; there is report of an accident. When we meet Lennan again, he is forty-six, married to the charming Sylvia, childless, and embarked upon another passion. This time he falls in love with a young girl, Nell Dromore, the natural daughter of an Oxford classmate. Unschooled in control, Nell finds it impossible to hide her passion from Mark. Unable to repulse a young girl who is devoted to him, although at first he has no more than a fatherly affection for her, Mark makes flimsy excuses to Sylvia, and visits the Dromores frequently. When he once realizes the true state of his feelings, Lennan confesses to his wife, secures her forgiveness, and goes with her to Italy, leaving Nell behind with her father and the adoring young cousin whom one assumes she will finally marry.

The Diary of Delia