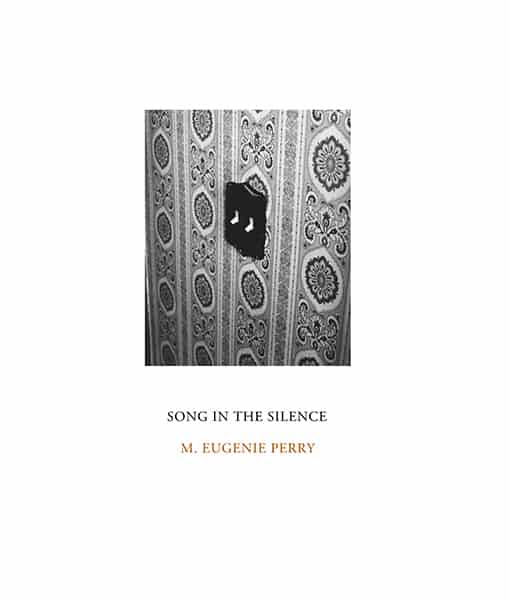 Song in the Silence by M. Eugenie Perry

M. EUGENIE PERRY, a third-generation Canadian, was born in Kirkfield, Ontario, of Irish-Scotch parents. She lived for many years in Victoria, B.C., where she was an officer and past president of the Victoria and Islands’ Branch of the Canadian Authors’ Association. She was editor of the “Home Chat” page of the Western Recorder, under the name of Perry Page. Her work has appeared in scores of magazines and newspapers in Canada, the British Isles, and the United States, and consists of poetry, short stories, children’s features, and plays. Her first Chap-Book appeared in 1942 under the title of Hearing a Far Call. The poems in the present collection appeared originally in Canadian Poetry Magazine, Profile, Alberta Poetry Yearbook, Colonist, Winnipeg Free Press, Contemporary Verse, Western Verse and the Washington Post.
from “Song in the silence”:
Nettle-Shy
Question:
I, being shy of nettles, would pose this:
Find me this side Arabia tears of myrrh
Numbing the point-of-pin
Thin thrusts that disrupt my hours;
So may I sense the sun of recompense
Lining the checkering cloud.

For you who are mover of mountains
Great drums roll;
And the waters are oceans beneath your keels;
Persimmons and passion fruit fly to your nod;
Thistles and thorns skate harmless on your skin:
You, mover of mountains,
Striding as strides a giant
On your regardless way.

Answer:
If only the whicker of a small stream
You seem to hear;
The tangy flavour of the wild plum for your delight;
Find this to compensate for prick-of-pin:
Who knows the tear of thorns knows too
Perfume of briar rose.
Fall of the Mighty
Even the hawk the black merlin
Is slowed
By the bitter erosion of years;
Ah, remember the swift the dangerous swoop
Thin high scream, weak prey cowers, is still
Now his grace all his ferine puissance
Must face the belittling of age.

And so man the predator in youth,
Arrowing in stadiumed games,
Proffers his body’s perfection;
Man the dictator, the vicious
And loud-mouthing caesars of sawdust;
Man the keen warrior the patriot,
All, all,
Parade in the circle of moment
Female eyes spark their prodding eulogium
Then as the buck and the hawk come
Down the green roads to the end.

See how the hawk the black merlin
Balefully hunched
On the prongs of the rear-garden hedge,
Hunger-forced from his refuge the ivy
Hugging the ribs of the oak
Once a grouse now a titmouse his quarry
Falls victim in turn to the lightning
Parabola of the prowling cat.