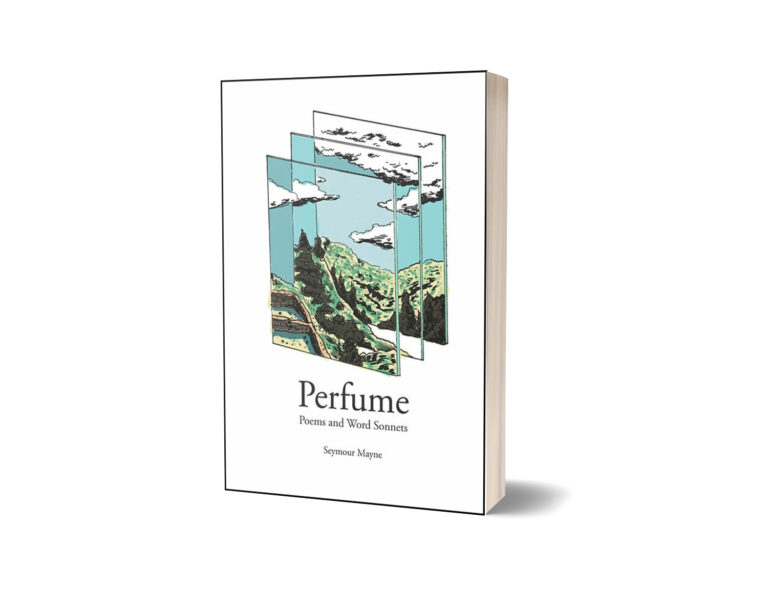 The publication of Perfume: Poems and Word Sonnets by Seymour Mayne marks sixty years since his first writings appeared in a Canadian literary journal.

He is the author, editor or translator of more than seventy books. His latest collections include The Old Blue Couch and Other Stories, Cusp: Word Sonnets, and In Your Words: Translations from the Yiddish and the Hebrew.

What writers and editors say:

Seymour Mayne’s poetry reflects his human compassion mixed with a constant search for the Divine. These poems have one foot in the present and one deeply rooted in the past.

– Janice Fiamengo, professor and writer, editor of Other Selves: Animals in the Canadian Literary Imagination

Seymour Mayne is the premier maître of word sonnets.  He has mastered the form to celebrate life and the passing of time.

– James Hogan, poet, prose writer, author of Heavy Years: Inside the Head of a Health Worker

Having translated two books by Seymour Mayne, I can only confirm that his latest, Perfume: Poems and Word Sonnets, sustains what I admire in his work: depth, elegance, gravity tinged with irony, biblical resonance, great attention to detail, nature and life.

There is a melancholic undertone to many of the poems, ruminations on the approaching dusk, the fading light of the sun in the moments as it reaches over the horizon line. I love these poems best, they are rich with depth and gilded imagery…

– B. Glen Rotchin, poet and novelist, author of The Rent Collector: A Novel

Not content with being a gifted writer of prose and verse, Seymour Mayne is perhaps the first poet to explore the lengths and depths (if not widths) of the word sonnet, both as a lyric form and a vehicle for wit in the old sense of the word.

From the very first poem, the book captured me with no sign of resistance. Its words comfort and disturb my world at one and the same time. Pain, sorrow, pleasure and joy all together flow into a memorable lexicon of songs shared by the reader.”

The inherent playfulness to Mayne’s writing often gives way to meditations on more serious themes such as the swift passage of time, noting our blessings, and the practice of patience. Scenes of the natural world abound, with the creatures who inhabit it serving a deeper purpose, reminding us of the human experience.

With Perfume, Seymour Mayne is sure to widen his circle of influence, welcoming new readers into the conversation, as well as calling old friends back.

With Perfume, Seymour Mayne affirms once again that it is possible in Canada to write poetry that reaches beyond the self, the tribe and the nation. Astute, literate, witty, and above all humane, the poems of Perfume remind us as only poetry can that, though “The destroyers wait their turn/like perennials sleeping”, it is the everyday and the mundane—friendships, small kindnesses, fragments of memory—that give our lives meaning.