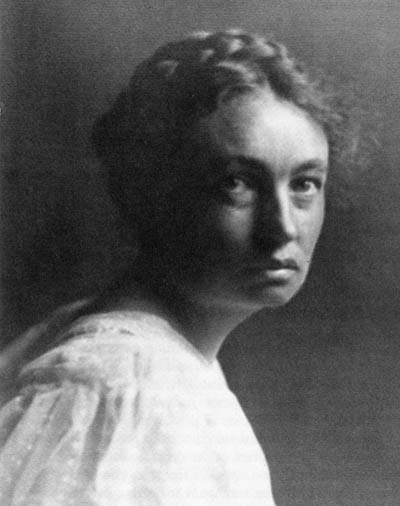 Mary Hunter Austin was born on September 9, 1868 in Carlinville, Illinois (the fourth of six children) to George and Susannah (Graham) Hunter. She graduated from Blackburn College in 1888. Her family moved to California in the same year and established a homestead in the San Joaquin Valley. Mary married Stafford Wallace Austin on May 18, 1891 in Bakersfield, California. He was from Hawaii and a graduate of the University of California, Berkeley.

For 17 years Austin made a special study of Indian life in the Mojave Desert, and her publications set forth the intimate knowledge she thus acquired. She was a prolific novelist, poet, critic, and playwright, as well as an early feminist and defender of Native American and Spanish-American rights. She is best known for her tribute to the deserts of California, The Land of Little Rain (1903). Her play, The Arrow Maker, dealing with Indian life, was produced at the New Theatre, (New York) in 1911, the same year she published a rhapsodic tribute to her acquaintance H.G. Wells as a producer of “informing, vitalizing, indispensable books” in the American Magazine. Austin died August 13, 1934 in Santa Fe, New Mexico.