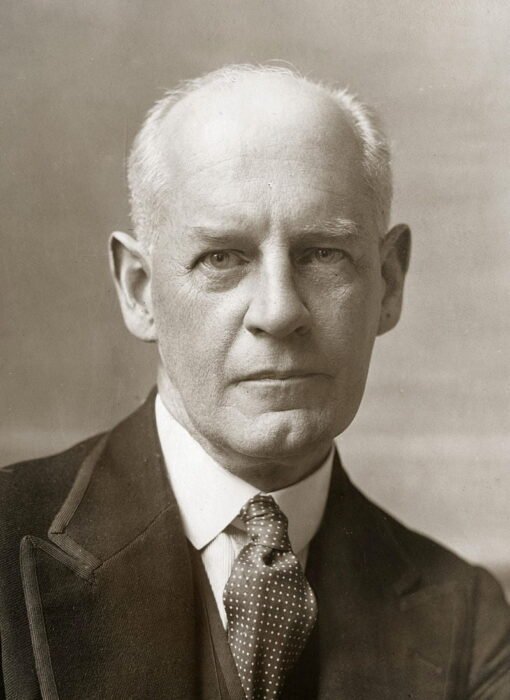 From the Four Winds, a collection of short stories, was Galsworthy’s first published work in 1897. These and several subsequent works were published under the pen name of John Sinjohn, and it was not until The Island Pharisees (1904) that he began publishing under his own name, probably owing to the recent death of his father. His first full-length novel, Jocelyn, was published in an edition of 750 under the name of John Sinjohn—he later refused to have it republished. His first play, The Silver Box (1906),—in which the theft of a prostitute’s purse by a rich ‘young man of good family’ is placed beside the theft of a silver cigarette case from the rich man’s father’s house by ‘a poor devil’, with very different repercussions,[5] though justice was clearly done in each case—became a success, and he followed it up with The Man of Property (1906), the first book of a Forsyte trilogy. Although he continued writing both plays and novels, it was as a playwright that he was mainly appreciated at the time. Along with those of other writers of the period, such as George Bernard Shaw, his plays addressed the class system and other social issues, two of the best known being Strife (1909) and The Skin Game (1920).

He is now far better known for his novels, particularly The Forsyte Saga, his trilogy about the eponymous family and connected lives. These books, as with many of his other works, deal with social class, and upper-middle class lives in particular. Although sympathetic to his characters, he highlights their insular, snobbish, and acquisitive attitudes and their suffocating moral codes. He is viewed as one of the first writers of the Edwardian era who challenged some of the ideals of society depicted in the preceding literature of Victorian England. The depiction of a woman in an unhappy marriage furnishes another recurring theme in his work. The character of Irene in The Forsyte Saga is drawn from Ada Pearson, though her previous marriage was not as miserable as that of the character.